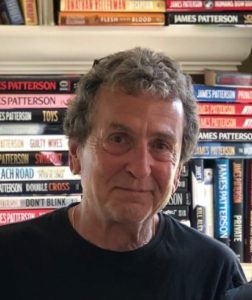 Michael Flueckiger is a retired ER physician. He worked at Piedmont Hospital in Atlanta for his career and was also an air medical transport physician for 20 years. He is married and has two grown children and one grandson.

He has been a bicyclist since childhood. Dr. Flueckiger attended Indiana University as an undergrad and was fortunate to participate in the Little 500 bike race there. His enthusiasm for the bike has continued since then. He enjoys road and mountain biking, with  mountain biking becoming in his preference. He is very interested in bicycle safety and safe streets for cyclists, and has been a cycling advocate for years.  He has co-led several biking trips for college students.

Dr. Flueckiger is a co-founder in 2020 of a bicycle donation charity called Global Spokes  that refurbishes bikes for donation to the Atlanta/Clarkston refugee community.