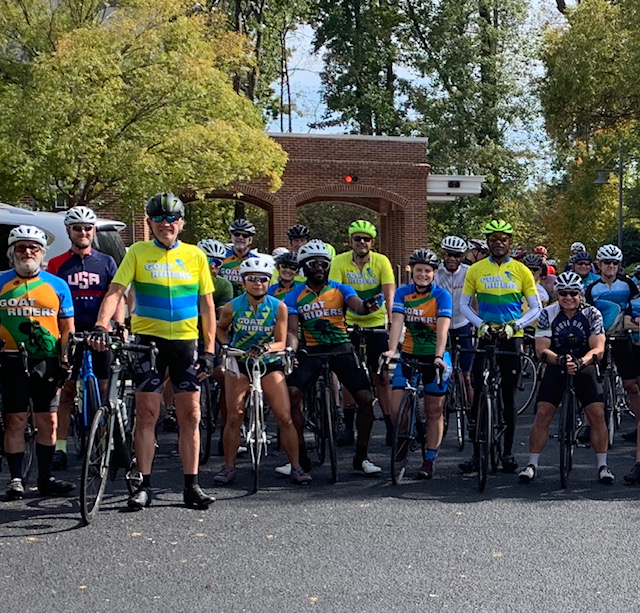 To have your club featured in our Local Club Spotlight, email justin@georgiabikes.org. 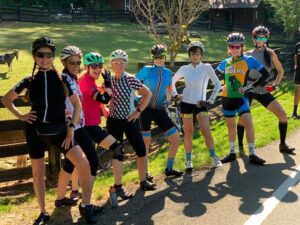 Georgia Bikes: When did you originally organize the group?

Diane: It officially became a group in 2014. A few years prior to that, we were a group of runners who decided we needed to do something more than run so we started cycling on Sundays.

GB: How did you come up with the idea?

Diane: We would meet up at various places and someone always knew some of the roads and others we just explored. As the group of cyclists grew, everyone lived in different locations. We found the Forsyth County YMCA to be a centralized location for all to meet. We started exploring new roads from there and for some reason we always rode by the Goat Farm. At that time the goats actually had a Fisher Price play set in their field with country music blaring from the speakers. Since we never knew where we were going each week, one of the cyclists asked a particular Sunday if we were going to ride the Goat Route. We asked what she meant and she referred to the Goat Farm as being on the route and, from then on, every Sunday we made sure the farm was on our route and we stopped to share our snacks with the goats. 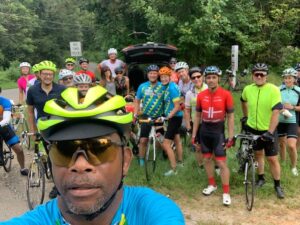 GB: How many people were involved initially?

Diane: It initially started with about five of us and eventually others started asking to join in.

GB: How many are riding with you now?

GB: I think no-drop rides are so important because they provide a welcoming and supportive entrance into riding. I’ve had friends that were dropped on rides and it really soured them on riding in groups. How important is the no-drop ethos to your group?

Diane: That is THE most important aspect that we strive for as a group. Our motto, “No one left behind” is what makes the GOATS unique. There are leaders assigned to every group along with sweepers that make sure everyone in their group is accounted for along the whole route. I have seen sweepers actually turn around and ride back to be sure the LAST person is within eyesight.

GB: Do you think it makes people more likely to join in rides?

Diane: Yes, without a doubt. As long as a “new to the GOATS” cyclist joins a Sunday ride and does not jump in front of the leader, we try our best to prevent that cyclist from getting lost or left behind in the group. Not only are the leaders and sweepers looking out for the group, but the entire vibe of the club is to look out for others and help them in any way that they need help.

GB: And to come back?

Diane: After the rides I encourage people to join us at Tanner’s Restaurant for not only food and hydration, but more so the camaraderie you get from sitting and talking to other cyclists. We are all at different stages in our lives, but share the common interest of loving to cycle outdoors. 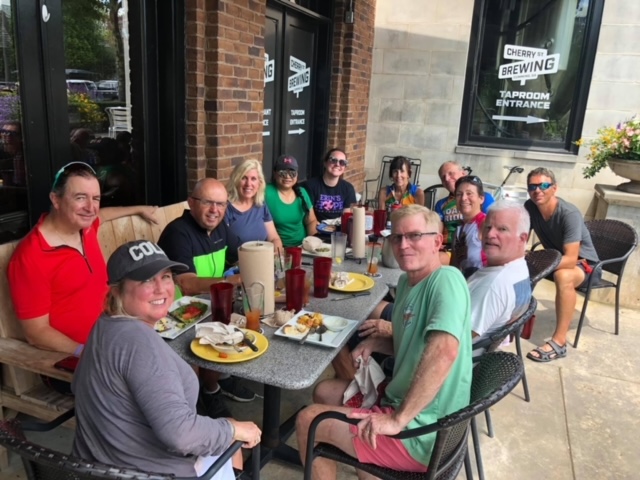 GB: I really like the idea of “enjoying nature’s beauty from the seat of a bike” concept. How important is taking time to be present in nature to the members of your group?

Diane: The routes that we have created are all on the rolling hills of country roads. We pass many farms and beautiful landscapes and homes. None of the routes from 21 to 40 miles have a traffic light so you really feel like you are out of the city and enjoying nature.

GB: If people were interested in starting similar rides in other parts of the state, what advice would you give them?

Diane: Remember that it’s a ride and not a race. Always keep levity in 95% percent of the situations that happen, but of course be present when something does occur that needs the leader’s attention. Be consistent and concise in posting rides and information. Put yourself in the position that you have just moved to the area and this will be your first ride. Think of what information that you as a new rider needs to know and try to post that on every ride. Plan fun things for the group i.e. once a month have a field trip to another location to ride or pick a century ride to train for together as a group. We have done both of these things with the GOATS which was something out of the ordinary from the usual Sunday rides, but kept the enthusiasm going within the group.

Diane: One last thing I want to share with you was something I posted on the FB page in July 2020 after hearing that the GOAT RIDERS was MY group (note, this excerpt from Diane’s Facebook post has been edited for length): 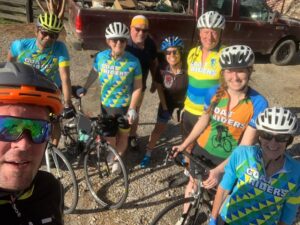 “WHAT MAKES GOATS SO SPECIAL? Lately, when I’ve been giving my “safety briefing” on Sundays, I start off by saying, “Hello, my name is Diane Seale (yes, I have that in my notes to remember…) welcome to the GOATS…THIS IS NOT MY GROUP…”

I felt our group was more about having fun, meeting new people, enjoying being outside to exercise and most of all making EVERYONE feel welcome. We’ve never wanted anyone to be left behind with their kick-stand bike with no water, thinking that’s how group rides were structured.

So truly, the GOATS are special in that SO many of you help out to lead, to sweep, to share GOAT food, to organize the post-ride hydration, to encourage each other along the way. I am only the catalyst to post the ride and read a safety briefing which we borrowed from another club and restructured for our ride.

Each and every one of you are the reason why the GOATS continue to grow!!! It is OUR GROUP!!”

Georgia Bikes wants to thank Diane for taking the time to speak with us and for sharing photos!