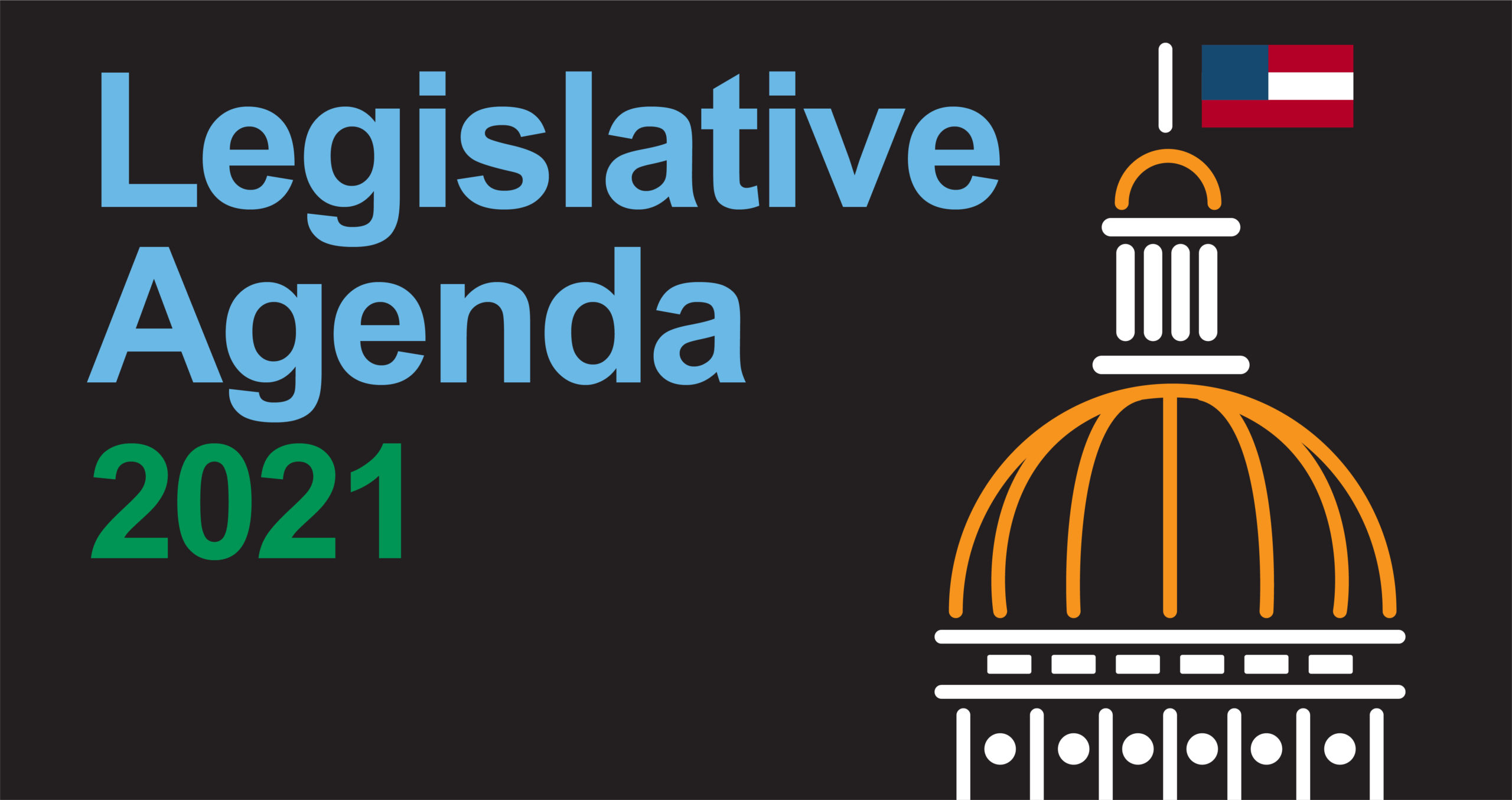 Georgia Bikes works with partners to advance legislation that makes our state safer for people who ride bikes. This page will be updated as needed bills move through the legislative process.

We’ve been working with Bike Law Georgia to improve the safe passing law in GA and revised version of the law that was just approved by the Georgia House of Representatives. Many thanks to Representatives Todd Jones and Angelika Kausche for leading this effort as well as all the bill sponsors, which include Chuck Martin, Teri Anulewicz, Scott Holcomb, and Marcus Wiedower.
This bill passed the senate on March 26 and is now headed to the governor’s desk.

A BILL to be entitled an Act to amend Article 3 of Chapter 6 of Title 40 of the Official Code of Georgia Annotated, relating to driving on right side of roadway, overtaking and passing, and following too closely, so as to clarify what constitutes an obstruction for purposes of exceptions to when a vehicle is to drive on the right side of the roadway; to provide for proper operation of a motor vehicle when overtaking a bicyclist; to provide for related matters; to repeal conflicting laws; and for other purposes.

We’re also hoping that the new law will be accompanied by a widespread education campaign (with Bike Month in May as a kickoff!) to make sure that drivers are aware of the law, since they routinely ignore the law that now exists.
Stay tuned for more details as they become available and reach out with any questions!

Other Bills Tracked by Georgia Bikes

Georgia Bikes is aware of the recently proposed SB 310 and are not in favor of it. As this bill was filed March 22, it will not be advancing further in the 2021 legislative session. The current session is past crossover day so this is a “marker” bill for next year — nothing will happen on it during the current session.

While we understand and share deep concerns about this kind of legislation, bills are filed regularly that do not receive hearings or votes so we ask that concerned individuals and organizations partner with us on a response as to build a unified voice on these important issues. Georgia Bikes’ legislative team is on top of the bill and are an incredibly effective group; we trust them in their approach to all bills at the Capitol. Through them, the organization has built relationships with important members of both the House and Senate on bicycle and transportation issues.

Georgia Bikes will share updates in the coming weeks on next steps for local bicycle advocates, clubs, and organizations and looks forward to educating legislators on positive measures that they can take to increase safety and access for people biking in Georgia.

HB 165 – Authored by Representative Timothy Barr (R- Lawrenceville), would allow for the use of mounts on windshields of motor vehicles for the support of wireless telecommunications devices and stand-alone electronic devices, provided that such  mount is located on the windshield in a manner which minimizes obstruction of the driver’s view. This bill passed out of the House Motor Vehicles Committee on Feb. 17, and passed through the House on Feb. 18 with a vote of 166-0. This bill will be heard on the Senate floor on March 29, 2021.

HB 199 – Authored by Representative Mike Wilensky (D-Dunwoody), this bill would require the local governing body whose law enforcement agency plans to enforce speed control devices in school zones to submit an application to the Department of Transportation. This bill was referred to the House Motor Vehicles Committee.

HB 247 –  Authored by Representative John Carson (R-Marietta), would remove first offender leniency from Georgia’s hands free driving law. As of now, this bill will not be voted on March 29. This bill was passed out of the Senate Committee on Public Safety on March 25 by substitute.

HB 248 – Authored by Representative Alan Powell (R-Hartwell), would shift authority to implement school zone speed cameras from the local school affected to the local governing body for the county or municipality. The local governing body would still have to apply for a permit from the Georgia Department of Transportation. This bill was referred to the House Public Safety and Homeland Security Committee.

HB 534 – Authored by Representative Josh Bonner (R-Fayetteville) would create new criminal offenses for illegal drag racing which include the suspension of driver’s licenses with scaling length and severity for subsequent violations. This bill will be heard on the Senate Floor on Monday, March 29.

HR 203 – Authored by Representative Josh McLaurin (D- Sandy Springs) provides for taxes on motor fuels to be be appropriated for any/all public transportation purposes. This resolution has been referred to the House Committee on Transportation.

SB 10 – Authored by Sen. Emmanuel Jones (D-Decatur) would provide for the offense of illegal drag racing and laying drags. The bill also creates an offense for knowingly attending an illegal drag race or laying drag exhibition. This bill was passed by the Senate on Crossover Day and was referred to the House Judiciary Non-Civil Committee.

SB 115, by Senator Randy Robertson (R-Cataula), seeks to teach drivers in our state how to interact with law enforcement when they are pulled over or in other instances. This bill has been amended to include the HB 248 language dealing with speed enforcement in school zones.