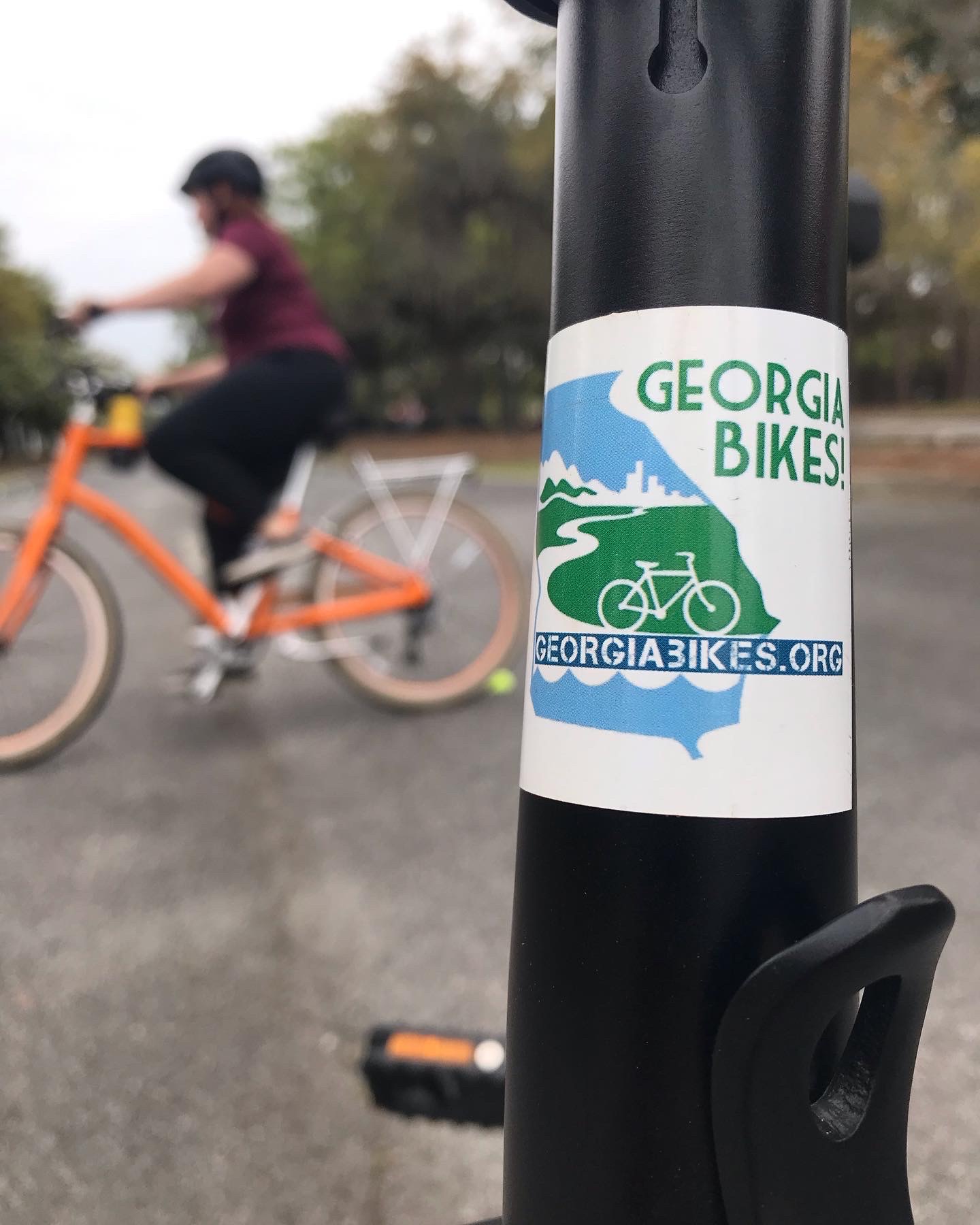 Do you or your cycling group want help hosting a Smart Cycling class or Group Ride Safety Clinic? Use our new form to request and begin scheduling a course. We’ll reach out as soon as possible to coordinate and work to put on a wonderful class or clinic for you!

Unfortunately, Georgia Bikes can’t accommodate every request, but we’ll do our best to work with you to make sure you get the services you need! Whether that means connecting you to other League Certified Instructors or cycling advocacy groups, or scheduling a virtual opportunity, we want to make sure you have the tools to have fun and be safe on the road or trail. 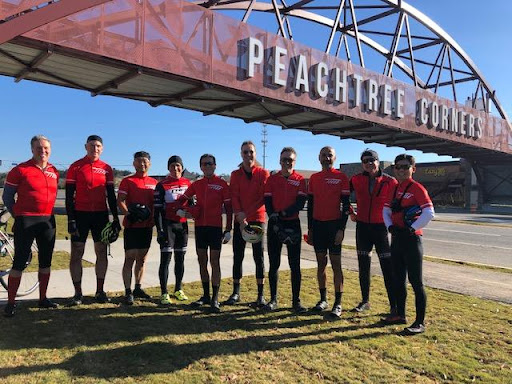 Georgia Bikes spoke with Dan Leonard from the Bikes and Friends Cycling Club. Bikes and Friends is a community of friends in Peachtree Corners, Johns Creek, Duluth, Suwanee and surrounding areas who have a passion for cycling, and work to promote health and fitness while supporting each other.

To have your club featured in our Local Club Spotlight, email justin@georgiabikes.org.

Georgia Bikes: Tell me a little bit about your group. When did the club start?
Bikes and Friends started informally in 2011 with a group of cyclists that purchased their bikes and gear at a shop in Johns Creek originally called The Bicycle Wheel. The manager of the shop, Amos Harvey, raced competitively and led our group ride on Saturday morning helping us build the skills needed to safely ride together since most of us had no prior experience with group rides. Over time, we became good friends while staying competitive with one another. And we have continued to build on our friendships adding many new “friends” to our group while taking our riding to the next level and beyond.

GB: I’ve noticed that a lot of group rides today lack this foundational approach and that every ride is a “Tuesday Night Worlds” type of hammerfest. Do you think building these skills together (rather than just getting on the bike and going as hard as you can) has contributed to the group’s longevity? 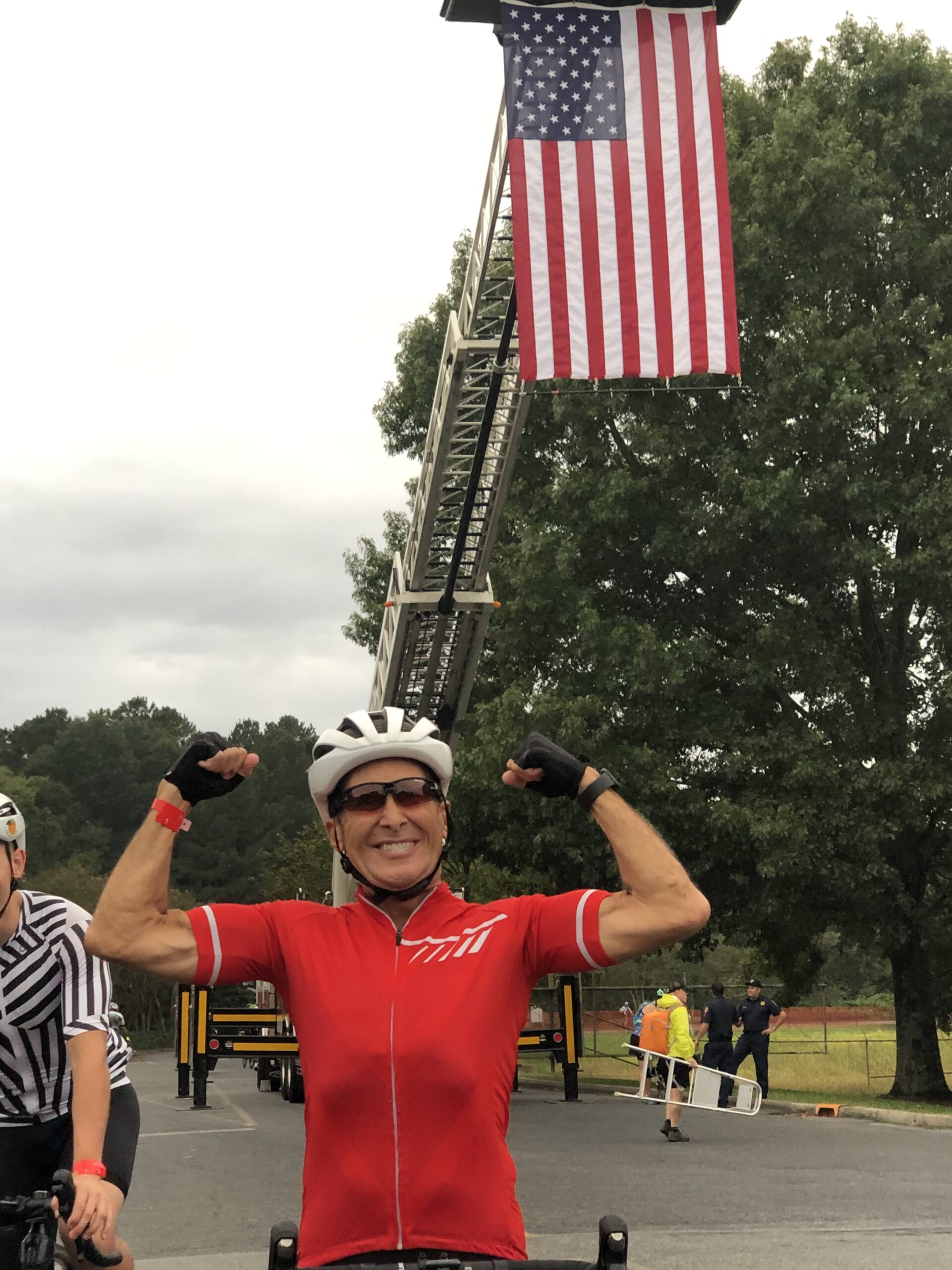 Amos was a huge influence, especially with the basics such as emphasizing safety by helping us build a better cadence, and establishing no-drop rides with periodic regroups. And when he later moved to Atlanta Cycling in Duluth with the former owner, Mark Gernazian, they both helped us take our skills to the next level while learning to safely ride in a peloton, optimizing our efforts, and having more fun. And building these skills together has clearly contributed to the longevity of our group. We know how far we have come together and have great respect for each other’s work ethic. And it has also made us very collaborative in sharing what we have learned. And of course by nature we are a competitive group, so we are always challenging one another and looking for new riders that share our spirit.

GB: Who had the idea to found the club? What was the inspiration (raising money/awareness for a cause, racing, junior/women’s riding, or maybe just looking for an alternative to the existing clubs in town)?
When the Bicycle Wheel transferred ownership in 2015 and there was no longer a staff member to lead us, one of our stronger riders took over leading our Saturday group ride. And since we were now responsible for organizing our rides, we gave our group the name “Bikes and Friends Cycling Club” and created a Facebook page mostly to communicate our ride and route details.

Our inspiration was to stay a close-knit group and to work as hard as our schedules and families would allow for us to become the strongest and fittest riders that we could. In the beginning, we were still relatively new to group riding and were looking for an alternative to some of the larger and less personal rides.

GB: How many people were part of it initially? How many do you have now? Originally there were about 15-20 active riders in our club. Today we have 309 members that have signed up to be part of Bikes and Friends and actively use our Facebook page for communications. Although we closely monitor our page and member activity, anyone is allowed to post on our Bikes and Friends page. We also have a Bikes and Friends Cycling Club on Strava made up of our 62 most competitive members to share their ride results and compare with others.

GB: What makes people want to ride with you- is there something different about your group that they may not find elsewhere?
We are competitive and we are compassionate. We are a competitive group who share a passion for cycling while supporting each other. As our group has gotten stronger our rides are faster, so we have started a group within our club called “Strivers Club” that attracts newer riders or experienced riders who are returning from injury or a gap that want to train back up. These rides are at a slower pace with the intention of mentoring folks new to Bikes and Friends to become better group riders. 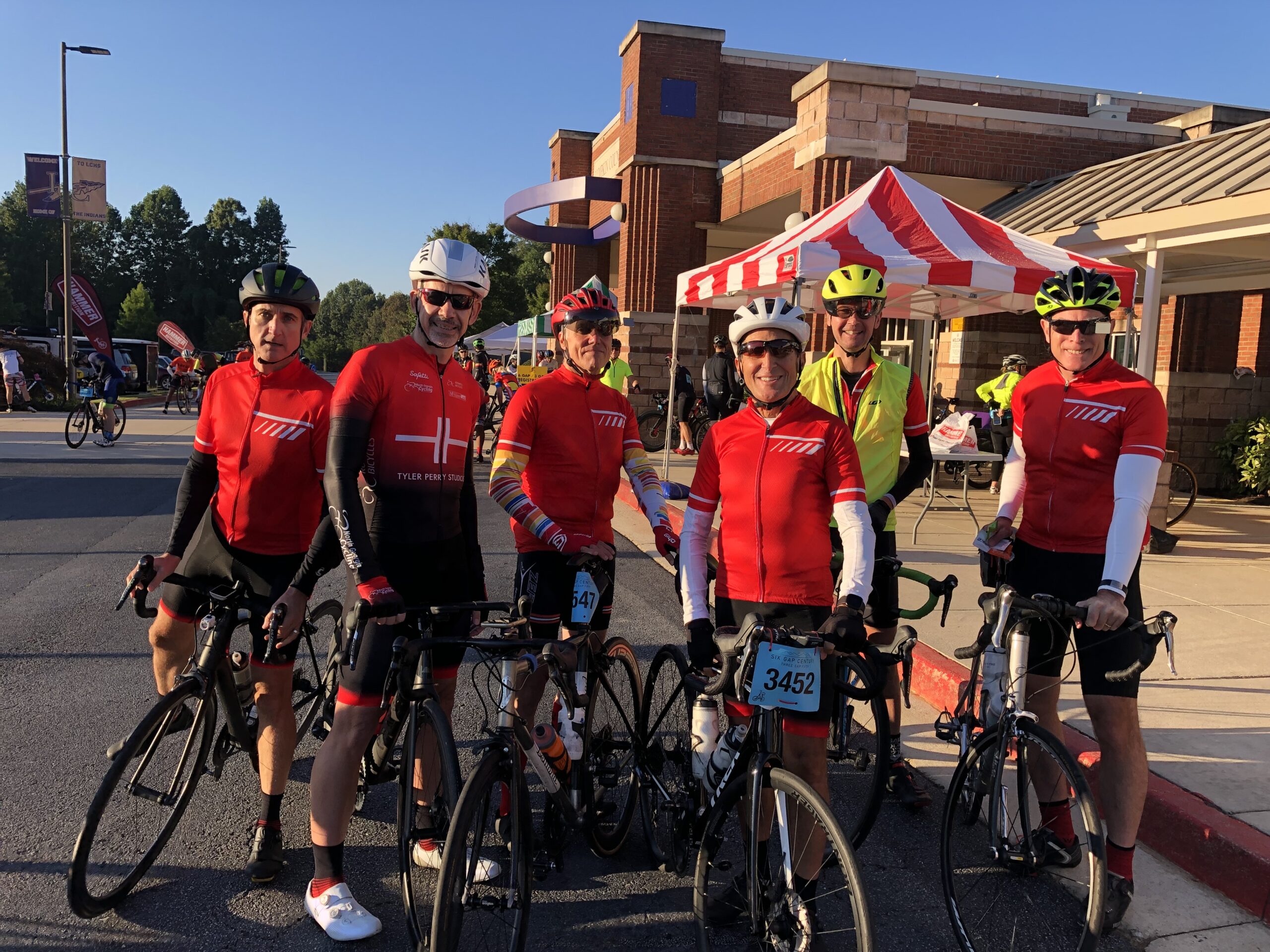 Our 4-7 rides each week are communicated clearly on our Facebook page including links to the routes in Strava and pertinent details. And every Sunday we have a special ride that usually involves either a coffee and donuts break or a brew pub visit. We also have at least one annual 4-day ride in May typically over the Blue Ridge Parkway. Throughout the year our group participates in many charity rides wearing our embroidered Bikes and Friends shirts, and we train rigorously as a group beginning in May/June to prepare for the Three/Six Gap ride in Dahlonega on September 25th.

We are a multicultural group with active riders originally from Germany, Korea, South Africa, Colombia, and the UK.

GB: How did the idea for the “Strivers” come up? It’s easy to take a Darwinistic approach to group rides and clubs, how important is it to you all to continue fostering new riders and growing those skills? I came up with the idea and the name “Strivers Club”. We encourage all of our riders to connect on the application Strava, and in Swedish strava means “strive.”  Striving is consistent with Bikes and Friends’ core desire in striving to get better. One of the challenges that we were having with our rides was that since we were getting so fast, many of the folks who joined us couldn’t keep up. And even with our best efforts to keep the group together, folks would occasionally get dropped. Following my recent recovery from an unrelated hip fracture and subsequent surgery, I was especially motivated to encourage new riders to join us along with previous riders that maybe gave us a try and stopped showing up. Many of these riders are strong but for whatever reason say injury or time off the bike, they have receded some and were interested in getting back to at least where they were before. You often see folks like this that are good riders and are out riding alone. I recognized through my own experience that it’s a lot more fun and effective in getting stronger by riding in a group. Especially a group like ours!

GB: What has your club accomplished that makes you proud? What do you want to do next? We brought many new members into the group while maintaining our integrity with the primary goal of supporting one another to achieve a healthy and active lifestyle. We help each other build optimal training schedules, make healthy diet choices, and enjoy each other’s company getting together after most rides and in our many social events. We are also proud of the riders in our group that are now part of NGCA and participate in the many sanctioned races here in the Southeast. As far as what we want to do next, we have discussed an interest in having more frequent and interesting destination rides with a Natchez Trace Trail ride on the horizon.

GB: If our readers were to take away just one thing about your group, what do you think it should be? If you are interested in spending time with a nice group of folks that will help support your passion for cycling and desire to get stronger while having a great time then Bikes and Friends Cycling Club may be for you.

Georgia Bikes is pleased to open the session proposal period for the 2022 Georgia Bike-Walk-Live Summit.

This year’s summit will celebrate community successes achieved through walk- and bike-friendly infrastructure and culture. Bikeable and walkable communities are liveable communities, and we’re eager to feature a range  of measures that Georgia advocates and local governments are taking to make life better for the people who live here.